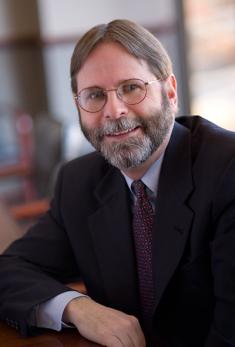 Webster J. “Jay” Arceneaux handles litigation matters in a variety of areas including: commercial, consumer, employment and labor, personal injury, including toxic torts, and environmental. He also provides arbitration and mediation services for parties in West Virginia and other States. Mr. Arceneaux has received an AV rating from Martindale Hubbell; he is listed in Best Lawyers in America for Litigation, Labor and Employment, and Mediation; he is listed in West Virginia Super Lawyers for Business Litigation, Employment and Labor and Alternative Dispute Resolution; and he is a Fellow of the Litigation Counsel of America.

Mr. Arceneaux was recognized by Best Lawyers as Lawyer of the Year for his Mediation Practice for 2019.

Mr. Arceneaux has represented parties in a variety of litigation matters in state and federal court including:

Mr. Arceneaux is trained by the American Arbitration Association as an arbitrator and he is frequently sought out to handle the mediation and/or arbitration of complex cases including:

Mr. Arceneaux has been appointed to serve as a Special Commissioner for discovery matters by the Honorable Jennifer Bailey Walker, Circuit Court of Kanawha County, West Virginia, from July, 2002 to the present and he has also served as a Special Commissioner for discovery matters for other Judges in the Circuit Courts of Kanawha and Berkeley Counties, West Virginia. He was also appointed by the West Virginia Human Rights Commission to serve as an Administrative Law Judge Pro Tempore in one case in 2007-09. A copy of the decision in Smith v. Montgomery General Hospital can be found at http://www.wvf.state.wv.us/wvhrc/2008-2009%20Decisions.htm

Mr. Arceneaux started his practice in 1980 as a Law Clerk to Justice Thomas Miller, Supreme Court of Appeals of West Virginia. He also served from 1985 and 1986 as the Deputy Attorney General, Environmental and Energy Division, State of West Virginia.

Mr. Arceneaux has handled numerous appellate matters before the Supreme Court of Appeals of West Virginia, the United States Court of Appeals for the Fourth Circuit and he argued before the United States Supreme Court in Buckhannon Board and Care Home, Inc., et al. v. West Virginia Department of Health and Human Resources, et al., 532 U.S. 598 (2001).

Mr. Arceneaux is the author of “Potential Criminal Liability in the Coal Fields Under the Clean Water Act: A Defense Perspective, “ 95 West Virginia Law Review 691 (1993).