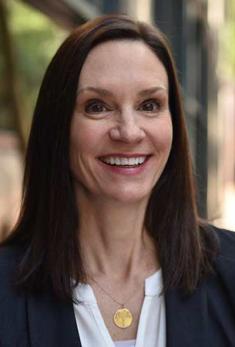 Sandra Henson Kinney is Of Counsel. She has worked in public service, private practice and nonprofit settings, bringing wide perspective to her practice.

Ms. Kinney focuses her practice on litigation in many areas in both state and federal court. She has successfully litigated all manner of employment matters, including employment discrimination cases, Fair Labor Standards Act claims, claims under the West Virginia Wage Payment and Collection Act, and wrongful termination cases. Additionally, Ms. Kinney has experience in constitutional tort cases and cases addressing a parent’s fundamental liberty interest in the care, custody, and control of her child. She has handled class actions and multi-district litigation. She also has worked on various consumer litigation matters.

In 2017, Ms. Kinney was honored by the WVU College of Law and West Virginia Executive Magazine in their first group of Lawyers and Leaders. That same year, she founded West Virginia Women Attorneys, the first statewide women's bar association. She served as the first president of that group and currently serves as treasurer.

Ms. Kinney earned her undergraduate degree with honors from the University of Notre Dame and her law degree from the Indiana University Maurer School of Law. After law school, she moved to West Virginia where she has devoted herself to representing the interests of West Virginians and West Virginia businesses.