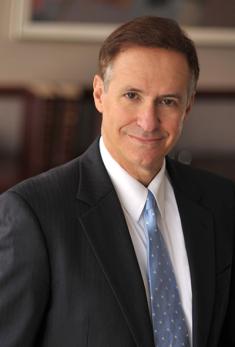 Richard L. Gottlieb is a Member of Lewis Gianola PLLC and is the head of the firm’s natural gas practice. Mr. Gottlieb primarily represents oil and natural gas producers and other energy businesses in regulatory, litigation and commercial matters. Mr. Gottlieb was recognized by Chambers and Partners as a top attorney in Natural Resources Law. Mr. Gottlieb is also listed in Best Lawyers in America® for Energy Law and Oil & Gas and was named the Best Lawyers® 2013 Charleston, West Virginia Lawyer of the Year in Oil & Gas Law. He is also listed in West Virginia SuperLawyers® for Business Litigation and Energy& Natural Resources. Richard is recognized by Chambers USA as a ranked lawyer. Mr. Gottlieb is the West Virginia author for the Comparative Oil and Gas Law book published by the AAPL. It is the first nationwide comparison of Laws, Leasing, Exploration and Production.

He is a former counsel in the Office of Enforcement in the Federal Energy Regulatory Commission and was a senior attorney with Columbia Gas Transmission Corporation.

Mr. Gottlieb, after attending Warwick University in Coventry, England, received his bachelor of arts from Tulane University and his law degree from Washington & Lee University.

He is admitted to the West Virginia, Ohio and District of Columbia bars and practices before all West Virginia Federal and state courts.

Mr. Gottlieb is a member of the board of trustees and former officer of the Energy & Mineral Law Foundation and a member of the Legal Committee for the West Virginia Oil & Natural Gas Association.